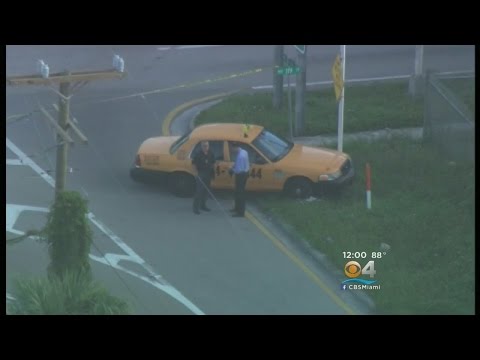 A Miami-Dade police officer's finger was almost bitten off and the suspect was shot dead by the officer early Monday morning.

An official told WFOR-TV that a cab driver ran a curb and struck a traffic pole at the entrance ramp of I-95 South from NW 119 Street around 5 a.m. when he took off running.

A responding officer pursued the man on foot and engaged in a confrontation with him. The officer's Taser was deployed during the struggle and the man bit the officer on his left hand, nearly severing a finger.

At that point, the officer discharged his firearm, fatally shooting the man.

The injured officer -- a 9-year veteran of the force -- was transported to Jackson Memorial Hospital where he received stitches to the wound on his hand.

The incident is currently under investigation.