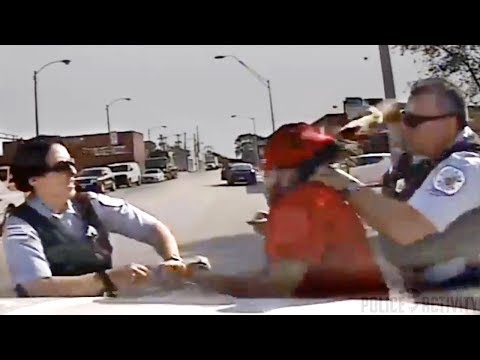 Chicago police released video Friday of an attack on an officer who Superintendent Eddie Johnson said didn’t draw her firearm for fear of public backlash.

The brutal October 5 beating left the officer with a concussion, bone chips to the shoulder and wrist and a neck injury, according to the Chicago Tribune.

The suspect, 28-year-old Parta Huff, slammed the 17-year veteran officer’s head into the concrete multiple times and ripped out chunks of her hair.

The officers originally responded to the scene after a call about a vehicle that crashed into the front of a liquor store. Huff was the vehicle’s only occupant.

Huff, then on foot, ignored repeated commands to stop after officers arrived. Huff was struck by a TASER twice during the ensuing scuffle.