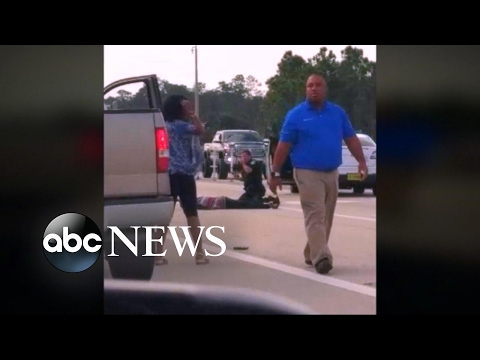 Cellphone video was released Tuesday of the fatal shooting of a suspect who was attacking a deputy on Nov. 14.

Deputy First Class Dean Bardes responding to a crash when he recognized a suspect and attempted to pull him over, WINK reported.

After a high-speed pursuit, Edward Strother exited the vehicle and began attacking Bardes, according to NBC2. Bardes was pinned to the ground while Strother continued to attack.

Bardes was not shot and suffered minor injures from the attack. Strother was transported to a hospital where he died. The news station reported that no 911 calls were made during the incident.

Russell was found justified in the shooting because Bardes’ life was in danger, according to the state attorney’s office.

Bardes is back on duty.